(Engraving) What is Laser Engraving? 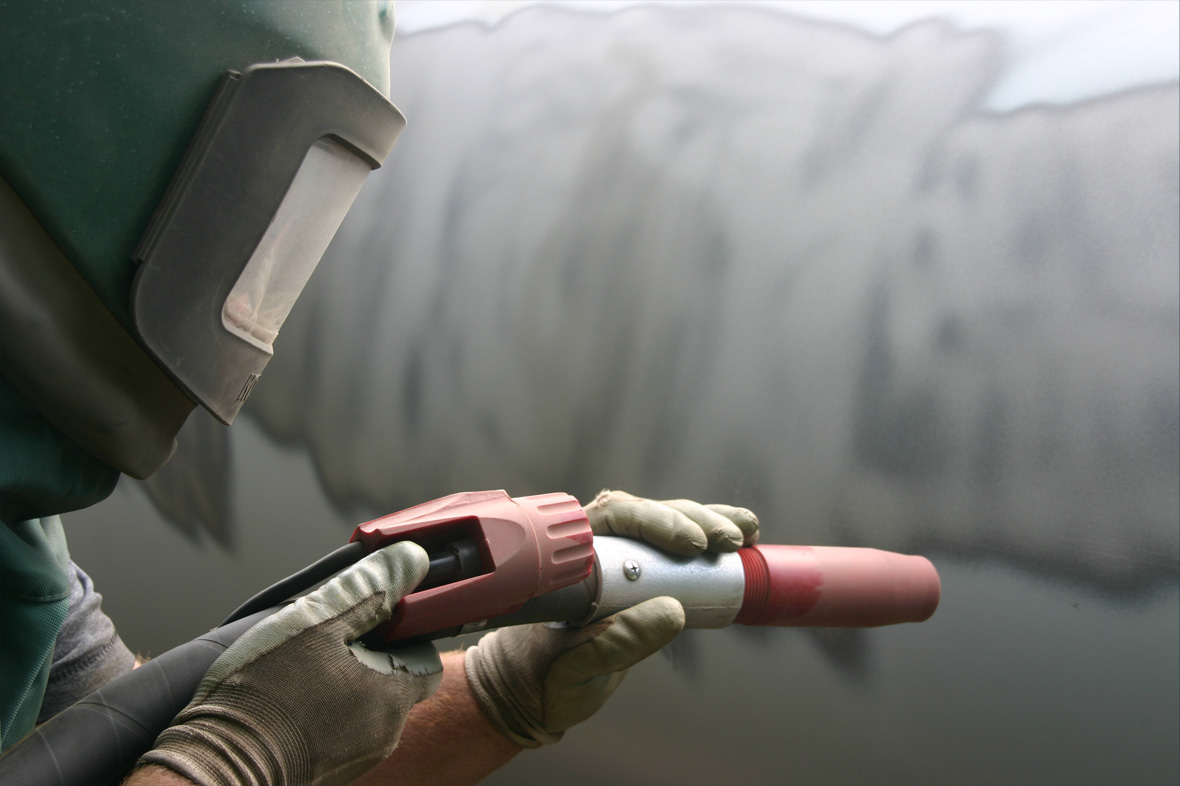 Our 20-foot containerised shot blast room represents a huge investment in 2019 and will revolutionise the speed at which we can shot blast and prime steel.

Shot blasting removes burrs, scale or rust that may interfere with the part’s integrity, appearance or definition. For use in almost every industry including aerospace, defence, nuclear, automotive, construction and rail.

What is Shot Blasting?

Shotblasting is a method used to clean, strengthen (peen) or polish metal. Shot blasting is used in almost every industry that uses metal, including aerospace, automotive, construction, foundry, shipbuilding, rail, and many others. There are two technologies used: wheelblasting or airblasting.

Wheelblasting directly converts electric motor energy into kinetic abrasive energy by rotating a turbine wheel. The capacity of each wheel goes from approximately 60 kg per minute up to 1200kg/min. With these large amounts of accelerated abrasive, wheelblast machines are used where big parts or large areas of parts have to be derusted, descaled, deburred, desanded or cleaned in some form.

Airblast machines can take the form of a blast cabinet, the blast media is pneumatically accelerated by compressed air and projected by nozzles onto the component. For special applications a media-water mix can be used, this is called wet blasting.

In both air and wet blasting the blast nozzles can be installed in fixed positions or can be operated manually or by automatic nozzle manipulators or robots.
The blasting task determines the choice of the abrasive media, in most cases any type of dry or free running abrasive media can be used.